Rachel Jones is a British visual artist who has exhibited works in UK galleries The Tate and Thaddaeus Ropac, Masterworks museum of Bermuda (2016) and has been an artist-in-residence at the Chinati Foundation in Texas (2019). Born in Whitechapel in East London and raised in Essex, Jones earned a BA in Fine Arts at Glasgow School of Art in 2013 and an MA at The Royal Academy Schools in 2019. Her output encompasses painting, installation, sound and performance all accustomed in her distinctive blend of colours, abstract forms and shapes.

Jones explores her identity through her research into the representation of black figures in the arts between the 18th Century to the modern era. Her experience of society’s complexities surrounding the black body, how it is understood, how it is culturally reproduced and the potential role of its representation in dismantling existing power structures.

”I want to translate all that lust for self-expression into a language that exists outside of words, and instead relates to seeing and feeling with your eyes.’ – Rachel Jones

Executed in a highly expressive manner, her recent body of works SMIIILLLLEEEE (2021) exhibited at Thaddaeus Ropac, explores themes of her identity expressed through the abstract forms which conjures deep rooted emotions. These emotions are depicted by motifs of teeth painted with sennelier oil sticks and pastels creating intensive colours and depth. The recurring forms and composition are intimately nuanced triggering emotions into reality.  By using the same symbols and motifs across the entire series, Jones shows a clear relationship between them and connections to herself and ongoing investigation into black womans identity, thereby associate a familiarity to herself. Jone’s approach to colour is very intuitive, it is as if her paintings are a mirror in which she views herself and thereby invites the viewer within the space to view themselves – the experience is not intended to be comfortable but thought -provoking, stimulating and complex.

As a new observer, Jones exhibitions are more then beautiful artwork. I enjoyed depicting the underlining emotions nuanced through her technique and juxtaposed medley of colours. A conversation between what is observed and what is felt begins to take place in the subconscious where there is no judgement regardless of identity, culture or creed.

In SMIIIILLLLEEEE series Jones’ used unconventional forms to depict the themes of identity and social justice. Teeth are a vital component of the human body and by that the human experience, through which Jones opens up a universal view of womanhood. In this instance the theme of identity is challenged. Through her paintings Jones puts a spotlight on the black female body and makes us reconsider the stereotypical representation of the black female body through the times.

SMIIIILLLLEEEE evidently challenges the narrative of the female body and humanises it. In the hopes that the perspectives on black womanhood and identity can be heard and seen through the black woman’s’ lens. What Rachel Jones does it demonstrate how that is done very beautifully without objectifying the black woman’s body with dignity and grace.

Keep up to date with Rachel Jones: 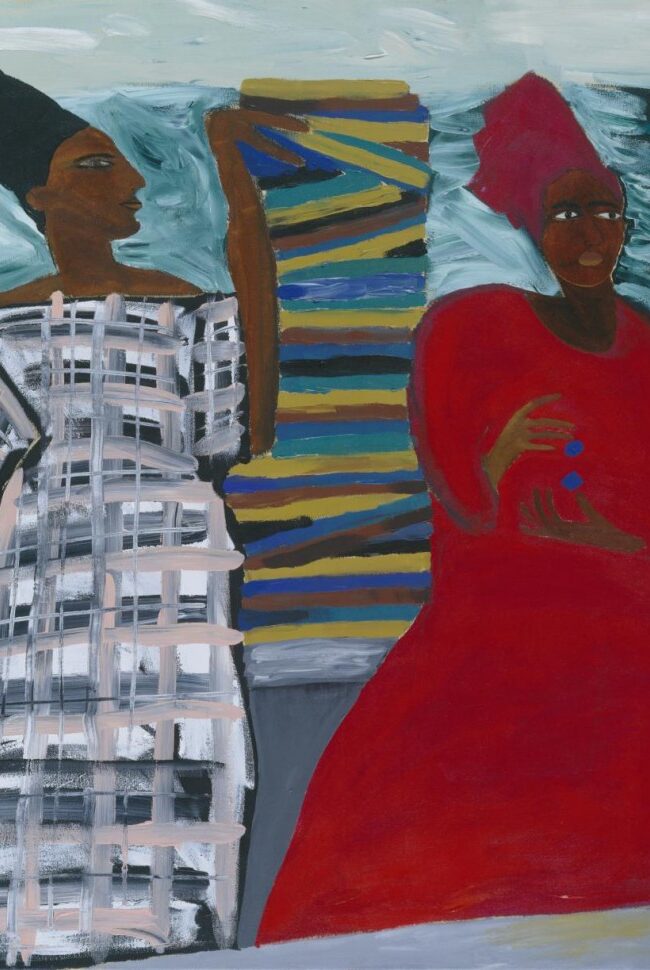 Welcome to our store! We're excited to offer a range of hair wraps and headwear that you can indulge in, perfect for the season! Dismiss